- Went to work.
- Took the train to the City like a big girl. (I drive everywhere so this is a big deal for me)
- I met my sister-in-law Amanda in Manhattan and went to eat at a fantastic restaurant called Dos Caminos. The food was soooo yummy that you should be jealous you weren't there. Just saying... 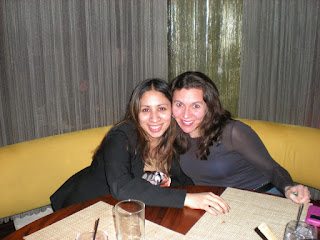 My brother-in-law John gave Amanda tickets for her birthday in January. And even though it wasn't my birthday I still have to say it was the best gift evah! So, umm...yeah... thanks dude! I had such a fun night with her, wanna know why? Cause she is awesome!

- Went to dinner to celebrate my sister Jenny's birthday AND my parents anniversary. 33 years... for both... They got married in the morning and my sister decided it was time to show up that night. She was a premmie with a plan to steal my parents thunder... (I think). I wasn't there so I'm just accusing her, that's what sisters do.

Another thing that sisters do? They postpone their birthday dinner for the following night cause their little sister (me) had a concert to attend to. The actual date is the 20Th so thanks Jen and Mom and Dad. But really the selfish one here is Ne-yo so I'll let him know he owes you guys an apology.

I made a collage of the night, which consists of: My sister and my brother, I love this pic!, My parents and a Margarita (the drink of the night, the glass is cute so I had to show it), my baby niece getting ready for a kiss, and Jenny with her hubby. 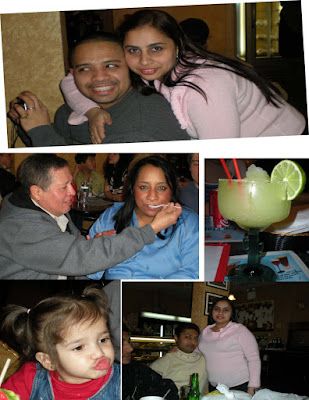 I was in serious need of a haircut and highlights. I was shamelessly walking around with 4 inch roots... 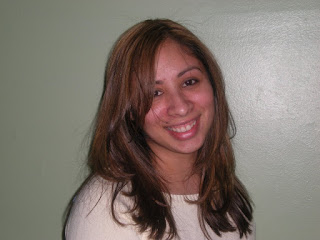 By the way, the girls at the salon thought I was 20 years old, therefore, I love them.
Posted by Shanny at 5:09 PM